During the repressive, autocratic rule of Tsar Nicholas I (1825-1855), princes and peasants alike were deported to Siberia for expressing beliefs that challenged the established order. In this regard, Russian writer and thinker Alexander Ivanovich Herzen (1812-1870) relates how the exiled Decembrist leader Prince Evgeny Petrovich Obolensky (1796-1865) was aided by a banished Doukhobor peasant in the town of Usol’ye in Irkutsk in 1827. The Doukhobor, at great risk to himself, delivered letters between Obolensky and his fellow Decembrist exiles elsewhere in Siberia. The story illustrates the kinship shared by Russians of all walks of life who suffered for their beliefs under Nicholas, and the common ground they discovered while labouring side by side in the Siberian forests and mines. Reproduced from “My past and thoughts: the memoirs of Alexander Herzen”, Dwight Macdonald (ed.) (University of California Press: 1982). Foreword and Afterword by Jonathan J. Kalmakoff.

Evgeny Petrovich Obolensky was born to a princely Russian family in Novomirgorod in 1796. His family traced its lineage to the Rurik dynasty in Kievan Rus. His father was a Governor of Tula province. He spent his childhood educated by French tutors and in 1814, enrolled in the cadet corps. In 1816, he entered the Russian army as an ensign. By 1821, he rose to the rank of lieutenant and in 1825, he was appointed aide-de-camp in the Guards regiments.

While a young officer, Obolensky volunteered to fight a duel and inadvertently killed his opponent. The ‘murder’ troubled him all his remaining years. Reflective and conscientious-driven, he was always concerned with questions of morality and of man’s natural rights and just relationship with his society.

It was specifically because of its ‘high moral ideals’ that Obolensky joined the secret society, the Union of Salvation in 1817, and its successor organization, the Northern Society in 1821. These societies called for a constitutional monarchy, the abolition of serfdom, greater individual rights and freedoms, and opposition to the succession of the conservative Nicholas I to the Russian throne. As a member of the latter society, Obolensky participated in working out detailed plans for a rebellion.

On the morning of December 14, 1825, Obolensky led a group of officers commanding about three thousand men assembled in Senate Square in St. Petersburg, where they refused to swear allegiance to the new Tsar, Nicholas I. They expected to be joined by the rest of the troops stationed in the Russian capital, but they were disappointed. Nicholas spent the day gathering a military force and then attacked with the artillery and captured the rebels. Because these events occurred in December, the rebels were called the Decembrists.

Obolensky was arrested and imprisoned in the Peter and Paul Fortress for his involvement in the Decembrist uprising. He was initially sentenced to death; however, this was subsequently commuted to life-long katorga (penal labour) in Siberia. To this end, in 1826 he was exiled to the town of Usol’ye in Irkutsk province. It was there where the following story took place.

While Prince Obolensky was still at the Usol’sky Works [state-owned saltworks where exiles performed penal labour] he went out early one morning to the place where he had been told to chop down trees.

While he was at work a man appeared out of the forest, looked at him intently with a friendly air and then went on his way. In the evening, as he was going home, Obolensky met him again; he made signs to him and pointed to the forest.

Next morning he came out of a thicket and made signs to Obolensky to follow him. Obolensky went.

Leading him deeper into the forest, the man stopped and said to him solemnly: “We have long known of your coming. It is told of you in the prophecy of Ezekiel [Ezekiel 34:13: God would gather the exiles from the various nations where they had been scattered and he would restore them to their own land.].”

“We have been expecting you. There are many of us here; rely upon us, for we shall not betray you!”

It was a banished Doukhobor. 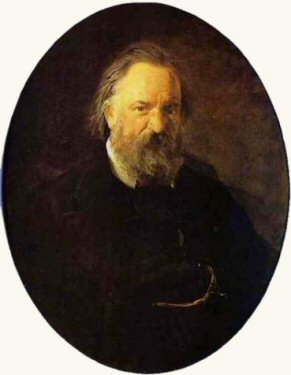 Portrait of Alexander I. Herzen by Nikolai Gay.

Obolensky had for a long time been tormented by his desire to have news of his own people [the Decemberists] through Princess Trubetskoy [wife of Decembrist Sergei Trubetskoy], who had come to Irkutsk. He had no means of getting a letter to her so he asked the schismatic for help.

The man did not waste time thinking. “At dusk tomorrow,” he said, “I shall be at such and such a place. Bring the letter, and it shall be delivered… “

Obolensky gave him the letter, and the same night the man set off for Irkutsk; two days later the answer was in Obolensky’s hands.

What would have happened if he had been caught? “One’s own people do not regard dangers…”.

The Doukhobor paid the people’s debt for Radischev [a radical 18th century poet and political philosopher who called for increased liberty for all Russians and whose works inspired the Decembrists.].

And so in the forests and mines of Siberia, the Russia of Peter, of the landowner, of the public official, of the officer, and the “black” [common] Russia of the peasants and the village, both banished and fettered, both with an axe in the belt, both leaning on the spade and wiping the sweat from their faces, looked at each other for the first time and recognized the long-forgotten traits of kinship.

The origin and identity of the Doukhobor who assisted Prince Evgeny Petrovich Obolensky was not recorded.  He was most likely of peasant class from central Russia.  There were numerous Doukhobor exiles living in the Usol’ye district at this time. In assisting Obolensky make contact with his fellow Decembrist exiles, the sectarian demonstrated the central Doukhobor tenets of kindness, brotherly love and mutual assistance.  It was a debt of gratitude which the exiled prince never forgot.

Obolensky himself did not remain in Usol’ye for long. Shortly after the above story took place, he was re-assigned to penal labour in Nerchinsk, then to Chita, Petrov’sk, Turinsk and finally Yalutorovsk. His sentence was eventually reduced from lifelong penal labour to 20 years, then 15, and finally 13 years. In 1856, Obolensky was pardoned and permitted to return to Moscow. He lived out his last years in Kaluga and died in 1865. 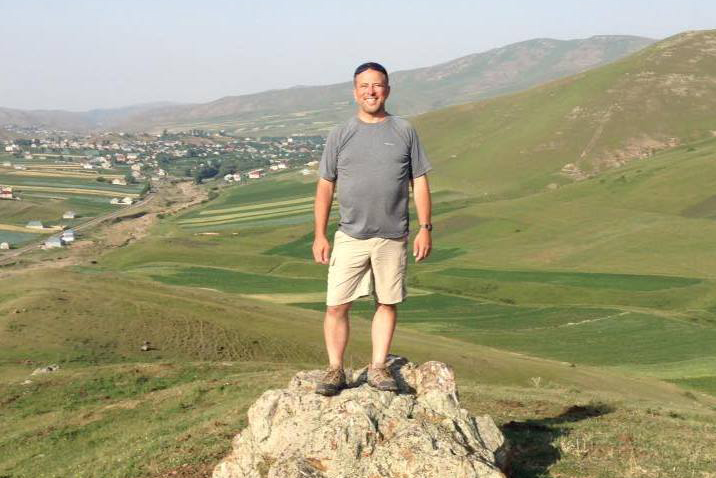